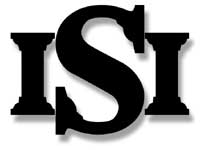 
In business, the goal has always been how to convince consumers to believe YOUR message over your competitor's, and for a long time the only strategy was massive amounts of expensive, repetitive, random advertising exposures. Yes, there were a handful of creative advertising geniuses - but by and large the standard was "ad exposures by the ton," and for awhile, consumers appeared to believe the companies with the most ads. Whether it ever really worked that way is irrelevant, because it doesn't work that way now.

Today, consumers are bombarded by 500-3,000 ads/commercials every day* and they have armed themselves with the most sophisticated ad-blocking technologies in history, clearly demonstrating that they DON'T want ads. Click-through rates are plummeting, yet companies continue doing exactly what consumers DON'T want.

Despite the odds, companies continue to spend huge sums on “low-value” ads that generate the same “low-value” responses. But now there's an alternative that's less expensive, has less risk, greater audience and targetability, and has a shelf life that's nearly infinite.

Instead of giving consumers "low-value" ads and commercials they DON'T want, providing consumers with the high-value information they DO want, when they want it, from an independent third-party they believe and remember enables companies to spend a fraction of what they would on traditional media and generate “high-value” influence and responses.

*Depending on which study you quote.